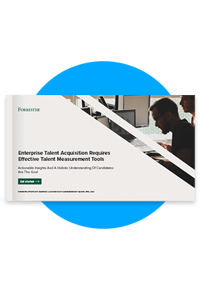 As marketers, we all put a lot of efforts in various marketing channels - SEO, email marketing, webinars, trade shows, social media, the list goes on. However, not all of us actively measure the return on investment. It is natural to assume that the more the channels you cover, the better you will do. However, identifying and focusing on the right channels can make or break the outcome of your marketing efforts and growth.

In this blog post, we discuss why we started measuring each of the channels, how we measured and decided which channels to focus on and the impact of those decisions.

22 Channels at a Time

At Talview, we were spending our efforts in as many channels as 22 from the above list. While we measuring the number of leads we were generating from each of these, we were not measuring the actual returns.

If you are one of those who are thinking what is the actual return, then you are in same position as we were a few months back. But you are not minority, most marketers I spoke to in recent past are in the same boat.

I am assuming you are familiar with various channels. If you are not, read this wonderful book http://www.amazon.in/Traction-Startup-Achieve-Explosive-Customer/dp/0241242533/ by Gabriel, founder of Duck Duck Go. This article (and Bullseye Framework) is most useful for those of you who are already trying out atlas 5 or 6 channels and have some data available.

If you are starting from scratch, you can use this to plan your digital marketing initiative in the right direction and not get swamped with the deluge of options and possibilities.

How we thought we were generating good lead results

So at Talview we have a 4 member inbound marketing team who is responsible for generating leads for the entire sales team. And from the beginning we were focusing on channels like Email Marketing, Blogs, SEO, Webinars and Tradeshows and as we progressed additional channels like Social Media, Podcasts, System Integrators, Product Partners, and Referrals also got added.

The team was measured on total number of leads- MQL, SQL and Deals generated and so it made good sense to add as many channels as possible to generate as many leads as possible. Also, the propensity was to invest more time and effort in the channels which were generating more leads.

This worked for a while. Like most startups we started sales with founder network and cold calling which are not scalable. And we were able to shift our lead generation to a scalable inbound marketing model.

But when wanted to grow revenues even more faster, we realised that the efforts in lead generation is not correspondingly increasing revenues. More importantly, the sales funnel became more and more tapered, with deals getting stuck in early stages.

As a natural response, we tried adding more leads by incorporating even more channels like Outsourced Cold Calling, signing up more partners and system integrators but it didn’t help much. I was asking around for solution but everybody seems to be of the opinion that more leads is a good problem to have, may be your sales process is long, wait for results etc.

Realizing our mistakes and their impact

But the wait didn’t change things much. That is when I got introduced to the concept of Traction and Gabriel's book through friend and mentor Prasanna Krishnamoorthy at Microsoft Accelerator. And suddenly we realised that whatever we are doing in lead generation could be much much more efficient if we know what is giving actual returns. And that is what is generating sales and not what is generating leads like we used to measure before.

Over the next few days, me and my team started collating as much data as we could on performance of various channels. And thanks to our Hubspot subscription, we had a good amount of data to do a meaningful analysis. Many of what we thought we were doing right were proven wrong.

For example, almost 30% of our leads were generated through outbound emails. While this filled our funnels and kept the sales guys busy actual conversions constituted less than 3% of our revenues. And unfortunately, doubling down on what is working meant, sending more emails out to our database.

At the same time, channel like SEO which low priority because the number of leads it could produce was much smaller, were producing more than 45% of the revenue. Picture above shows how the table looked like when we finished doing the analysis.

Channels like market places and social media had produced no deals, outbound calling and referrals were also contributing single digit percentages of the revenue. Disclaimer: this doesn’t mean social media or market places won’t work but it means that it didn’t for our business, they might be the top channels for your business.

By the end of the exercise, our perception of which channels were working which was based on number of leads produced changed completely. We identified our top 3 channels (SEO, Business Development and Conferences) and prepared a concrete plan to double down on those. Picture below shows how we planned to improve SEO. While this was the initial plan, lot of things changed on the way. Today we are able to generate same lead volume as before through only these 3 channels instead of the 22. How we went about doing that is stuff for another blog, Part 2.

PS: We are looking to hire Content Writers and Designers at Talview. Please reach out to me at sanjoe@talview.com if you are interested.

Recruiting ROI Measurement Metrics & How to Maximize It