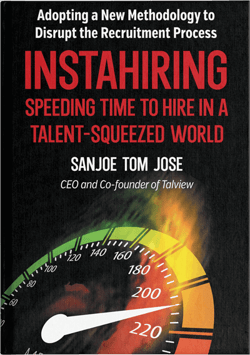 In his recent HRTX Virtual Event Keynote, William Tincup talks about how recruiters should start thinking of themselves as a candidate advocate, going to bat for each candidate with hiring teams, as a way to improve the candidate experience. But what does that mean? In this article, we’ll detail the 5 ways recruiters can leverage meaningful conversations to become a Candidate Advocate.

Treat People the Way THEY Would Want to be Treated

In his keynote, Tincup shares the importance of creating personalized candidate experiences. To do that, recruiters must go beyond the usual screening questions and ask questions that help them get to know what candidates care about and what they are like both in and outside of work. Then, they use the candidate’s uniqueness as a way to advocate for the candidate with the hiring manager. He also recommends asking each candidate how they like to communicate and adopting that style and medium of communication while interacting with the candidate. After all, communication isn’t just about what is said, it’s also about how it’s said.

Communicate Often and Be Timely

The best recruiters don’t just know what to say and how to say it, they also know when to say it. Studies have shown that 60% of candidates lose interest in a hiring process that takes too long. That’s why it’s important to create a fast and friendly hiring experience, communicating frequently and transparently.

Yet, most organizations don’t have processes in line with candidate expectations. So much so that almost 60% of new grads surveyed by Monster expected the hiring process to take between 1 and 2 months, with almost 30% expecting the process to take less than a month. However, a Randstad study found that it takes on average 5 months to get a job.

How can organizations expect to hire top talent when they don’t create processes designed to engage and nurture top talent?

Be Fair, Just, and Anti-Bias

In addition to a lack of transparency and timeliness, one of the biggest job seeker pet peeves is not being treated fairly. In their Diversity Hiring Strategies Webinar, experts Keirsten Greggs and Torin Ellis discuss several forms of bias candidates experience throughout the hiring process and detail ways organizations can avoid them.

Candidate Advocates understand where bias exists across the hiring process and has meaningful - sometimes even difficult - recruiting conversations with company leaders and hiring teams to resolve issues before they even come up. For example, instead of asking illegal and non-transparent questions about past salary, recruiters work with hiring teams to understand the budget for the position, the market rates for that position, and the compensation structures within the organization, and work to get the candidates the pay they deserve. It also means they train hiring teams - including the hiring manager and any interviewers - what questions to ask, how to judge responses fairly, and ensure that interviewers avoid asking offensive and discriminatory questions like whether women candidates have a family or how they plan to “work and take care of their family at the same time.”

Having these important conversations before hiring teams interview or interact with candidates can save a lot of stress and unfairness later on down the road.

Although most recruiters don’t provide candidates with feedback on their interviews for a number of reasons, the best ones do. Why? Because they understand that feedback conversations are an important part of the candidate experience. In fact, the Human Capital Institute reports that “94 percent of job seekers want interview feedback and job seekers are four times more likely to consider a company for a future opportunity when they receive constructive feedback.”

Further, interview feedback doesn’t just apply to candidates who did not get the job. New hires want feedback on why they were selected for the position, as well. CareerBuilder found nearly 10% of new hires leave because of a poor onboarding experience, and employees expect and want to receive feedback once a month.

Paint a Realistic Picture of the Company, Team, and Position

Whether you believe it or not, there is a job and a company for everyone. Even in the most unlikely positions. In her RecruitDC keynote, Maren Hogan, the CEO of Red Branch Media, talks about how to recruit for dirty jobs. “For example, a trash collector may seem like a job I would never want to do, but for someone, having their afternoons free, physical activity, the chance to be outdoors and more, are all benefits,” she says.

With that said, there’s no reason to sugar coat or try to hide a realistic preview of the job in employer branding materials or screening conversations. Instead, focus on finding candidates that would enjoy the unique benefits of a position. Doing this will also prevent employee turnover, as well, considering one of the leading reasons employees leave a job within six months of starting is the fact that the work was different than a new hire had expected.

Shifting from “Recruiter” to “Candidate Advocate” may seem like a big adjustment. But, in reality, becoming a candidate advocate is all about creating a fair, seamless, and positive hiring process. Having these meaningful recruiting conversations earlier in the hiring process can improve the recruiter, candidate, and even employee experiences to support long-term organizational success. Isn’t that what we should have been striving for all along?

For more information on meaningful recruiting conversations, check out this Talent Board webinar featuring Micole Garatti and Claire Petrie on Meaningful Recruiting Conversations to Improve the Candidate and Recruiter Experience.